Marsha Oyer graduated from McClain High School and attended Ohio University Chillicothe. She began working at the Highland County Common Pleas Court in 1988. She is the Office Administrator, Assignment Commissioner and Administrative Assistant to the Judge.

Her responsibilities include scheduling all civil and criminal cases, sending assignment notices, scheduling mediations, preparing Supreme Court reports and other reports for the Judge, and numerous other administrative duties. 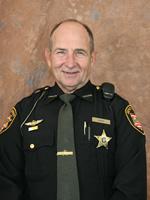 Dan was employed by the Highland Co. Common Pleas Court from January 2, 2009 until his retirment in July of 2018 as Bailiff. His duties included maintaining court room security, security for court personnel, other building offices and the public. He is also responsible for the court's audio recording system and video arraignment system. He is the liason to the jail administration and assists in the management of the court docket.

He attended Hillsboro High School and served in the U.S. Army from 1968-1976 including a tour in Viet Nam. He is a certified FAA Airframe and Powerplant mechanic and FAA Inspector. He worked at ABX for 25 years retiring in 2008 as a Heavy Jet Maintenance/Supervisor.

He is still available to serve as bailiff when needed due to vacations or leave of the current bailiffs. 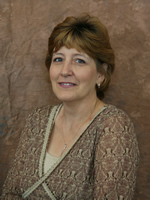 Sandy graduated from Whiteoak High School in Mowrystown. She was employed by the Highland County Treasurer as a Deputy Treasurer for 30 years and retired in April of 2008. In July of 2008 she became a temporary part-time employee and was appointed as a permanent part-time Administrative Assistant in January of 2009.

Her duties include serving as Administrative Assistant to the Magistrate, Assistant Clerk to the jury commission, Assistant Court Reporter, Assistant Assignment Commissioner and Civil Bailiff.

Ben graduated from Hillsboro High School in 1998.  He graduated from the Southern Ohio Peace Officer Training Academy in 1999 and the Highland County Corrections Academy in 2001. He earned his Associate's Degree in Technical studies of Law Enforcement from Southern State Community College in 2001.

Ben was employed by the Highland County Sheriff's Office as a deputy from 2001 until 2015. He served as a supervisor in the Corrections Division with the rank of Sergeant until he was transferred to the Civil Division in 2013.

Ben was appointed as a part-time Bailiff in 2015 and became the  full time Chief Bailiff for the Court in July of 2018. He is in charge of all security for the court, recording of all court proceedings, serves as the Court liason to the jail and assists other court staff in managing the Court's docket.  He is also the Chief Jury Clerk which include drawing of jurors for all courts in the county, and handling all jury matters for the Common Pleas Court. 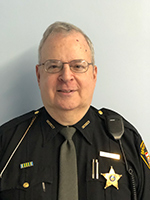 Dan graduated from McClain High School in Greenfield, Ohio. He completed his Associate of Applied in Law Enforcement at Ohio University in 1976 and became employed as a Jailer/Dispatcher at the Highland County Sheriff’s Office. After he graduated from the Chillicothe Police Academy and received his Ohio Peace Officer Certification he became a road deputy.

He served as a teacher, coach, assistant principal and high school principal in the Greenfield school system for thirty-four years retiring in 2013. During that time, he retained his Ohio Peace Officer certification and worked part-time as a Special Deputy Sheriff for Highland County, served as a reserve officer for the Greenfield Police Department, an auxiliary officer for the Washington C.H. Police Department and a seasonal commissioned Park Ranger for the Ohio Department of Natural Resources.